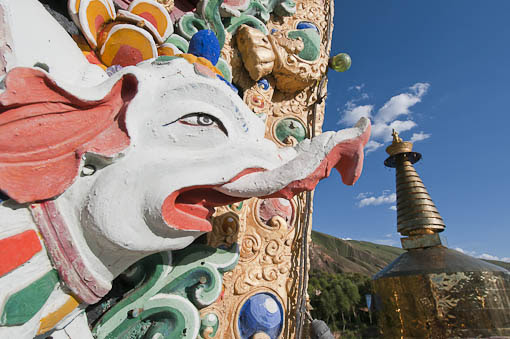 The Stupa of Kalachakra is an amazing technicolor object of veneration, at six stories tall it's a long way from the original simple mounds of mud that are thought to have housed the remains of the Buddha several millennia ago.

A monk of the Tibetan Buddhist Yellow Hat sect carried a large ring of keys yesterday evening as he opened giant red wooden doors at the stupa's base, and  led us clockwise up the layer cake of ramps and steps, circumambulating to a tiny chapel housing a multi-armed and multi-headed goddess. 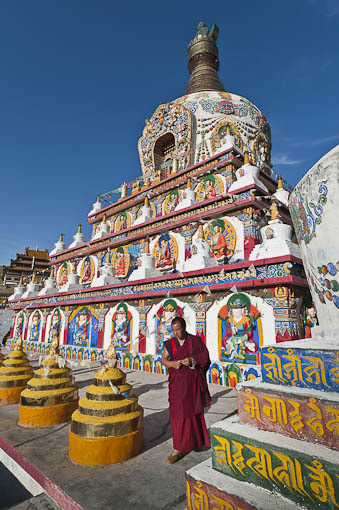 I noticed a small photograph, about 3 by 4 inches, of the Dalai Lama under the goddess, and when we visited several other temples within this large monastery complex near Tongren, I saw the Dalai Lama's portrait on every altar. 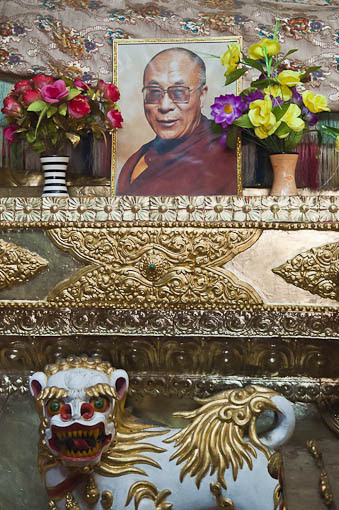 His Holiness the 14th Dalai Lama of Tibet's portrait in Temple of Tsongkapa last night.

While in China these past weeks I've noted photographs of His Holiness the 14th Dalai Lama of Tibet in every Tibetan temple, and have wondered if his difficulties (to put it mildly) with the Chinese authorities are somehow thawing in a small way. I've read that visitors should never give his portrait as a gift as possessing one is a serious offense for Chinese citizens.