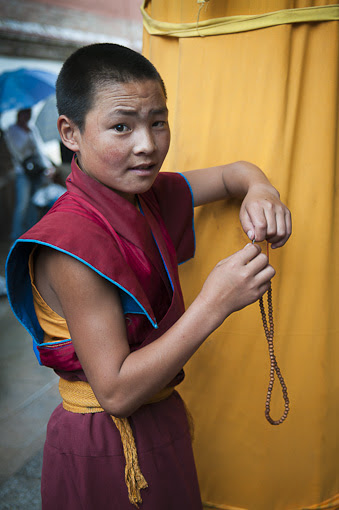 The young monk must of been about 12 years old, and after a half dozen prostrations on the ground, he would stand back up, wipe the sweat off his face, and look around at the hundreds of Chinese tourists thronging past the steps of the temple in the pounding rain. About a minute of rest, down to his knees, hands on two cloths, he would face downward and push off until he was lying flat on the ground in complete reverence, only to pull back to his knees a moment later and repeat.

I couldn’t help thinking about the 12-year-olds living in my Miami neighborhood, what they would be doing on this same July morning ... playing with a GameBoy if raining, riding bikes or taking tennis lessons? A long way from this Yellow Hat sect monastery of Tibetan Buddhism about a half hour outside of Xining, the capital of  Qinghai. A sparsely populated province with only about 6 million of China’s 1.3 billion people. Qinghai is sandwiched between Tibet to the west, Gansu to the north, and Sichuan to the south. 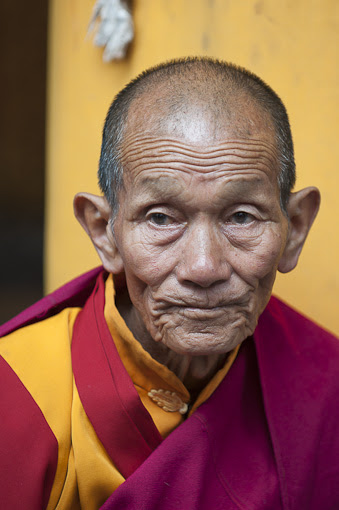 On the other end of the temple platform was a monk several generations older than the young boy, so old he could only sit on the stone step and slip into his own thoughts. I wondered how many prostration prayers he made when younger.

I’ll be spending about three weeks traveling here - attending a photography festival, judging a photo contest and exploring - and will try to post a photo or two along with a paragraph or two every day I have internet service.

More photos from China may be viewed at Tom Salyer Photography.
Posted by Tom Salyer at 10:23 AM