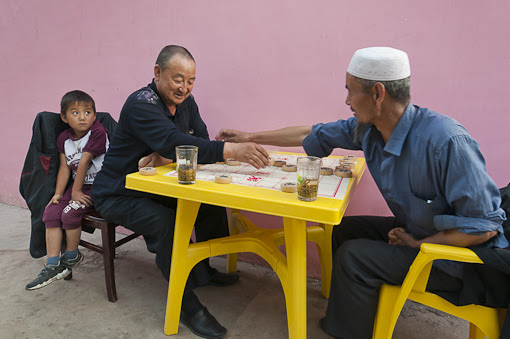 While traveling these past weeks in China's northwestern province of Qinghai, I've been meeting many Hui in addition to Tibetans, both among China's officially recognized 56 ethnic groups. Traditionally the Silk Road passed through Qinghai and Gansu, bringing Central Asian influences including the Muslim religion to China.

Above a grandson looks on as his grandfather and relative play a board game over tall glasses of herbal tea outside Quilian. 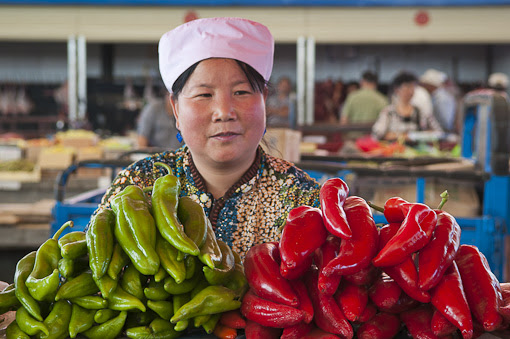 Today I met this Hui woman selling red and green peppers in Guide's market, and this Hui butcher took a break from chopping up mutton to pose for a photograph. 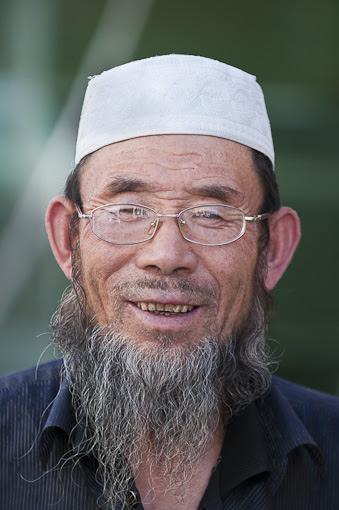 Unlike many other ethnic minorities here, the Hui mostly do not speak their own language and speak Chinese. The Hui are very similar culturally to the Han majority, except they practice Islam and retain their cultural identity through worship and dietary laws.

The Muslim influences I've seen are the distinctive caps for men and scarves for women, golden mosque minarets peaking above city skylines, and lots of spicy mutton at meals.

Below, a young Muslim woman rides her scooter to work while wearing a sequend head scarf, photographed yesterday in Wulan. 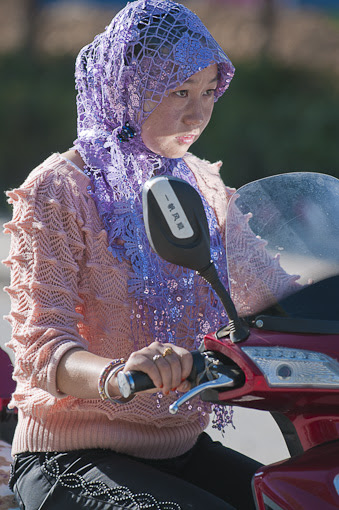 For more photographs from China please visit Tom Salyer Photography.
Posted by Tom Salyer at 11:10 AM