I knew from the start of story boarding I wanted to feature environmental portraiture in the recently completed six part “There’s A School For That” multimedia series. Unique portraits around school would introduce each featured student, book ending candid photography making up story center with final portraits shot along a locker lined hallway, each student posed in that same location.

Leading each audio slide show with students looking at camera, I hoped to immediately establish a connection with the young eighth graders who might be considering Miami’s Archbishop Curley Notre Dame. Plus the environment and activities would say “high school is interesting sweet".

Environmental portraits are a lot of fun, as I have an opportunity to create one photograph that tells the whole story about my subject, show their personality, place them in their environment, each item I include adds to their story.  This lead portrait must grab you as the show opens, while variations changing every few seconds hold your attention. 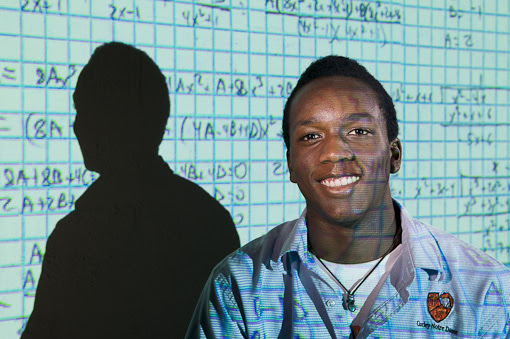 With Michael, a junior who enjoys math, I was faced with two challenges: 1) come up with an interesting visual concept that says “math” and 2) find an environment that contributes to the story telling.

In his case the concept also became the environment, and a simple two light setup would pull it off.

After scratching my head for a few minutes, no really, after a week of weighing options, I decided to flat bed scan pages from Michael’s Pre-Calculus notebook, projecting the formulas complete with blue grid lines onto a classroom wall. I placed him in the beam of the LCD digital projector and added one flash head with a very tight 3 degree grid spot aimed at just his face. A short time exposure held the projection,
which became both fill and main light, with the gridded flash exposed about one and one-third stop over that drew attention to his face and darkened the environment. 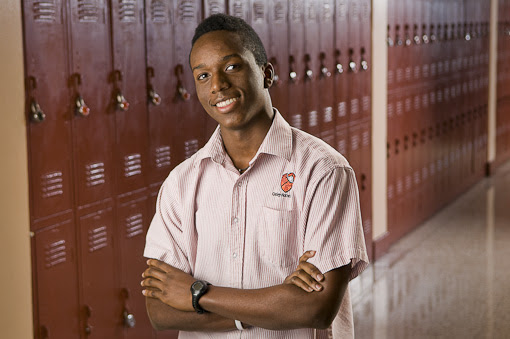 I also used environmental portraiture to wrap each show and visually tie all six together.

Each interview ends with the student emphasizing why they enjoy ACND and/or who inspired them, and concluding “There’s A School For That”, while their lockers-and-hallway portrait holds on screen. The same slogan and hallway location form a common thread through all six shows. 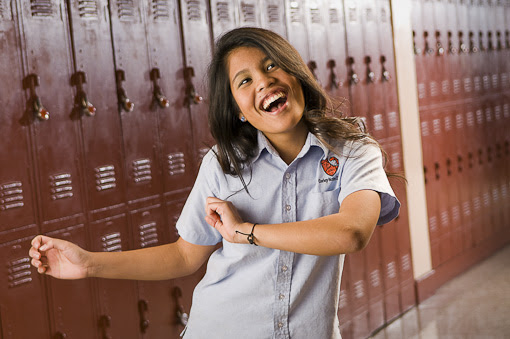 At the end of Michael’s interview he says “ If you want a school where your friends push you to succeed just as much as your teachers, there’s a school for that, Archbishop Curley Notre Dame". Credit for the slogan must go to Public Relations Coordinator Katherine Doble and Principal Brother Sean Moffett.

Hopefully the use of environmental portraiture tells the school's unique story while holding viewers attention from beginning to end. If so, that would be really cool sweet. 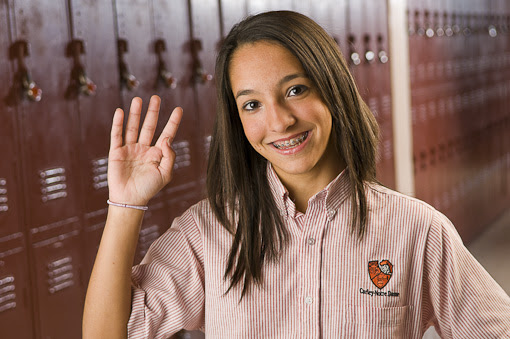 Additional multimedia photography from Miami may be viewed at Miami Multimedia Photographer.
Posted by Tom Salyer at 10:29 PM No comments: