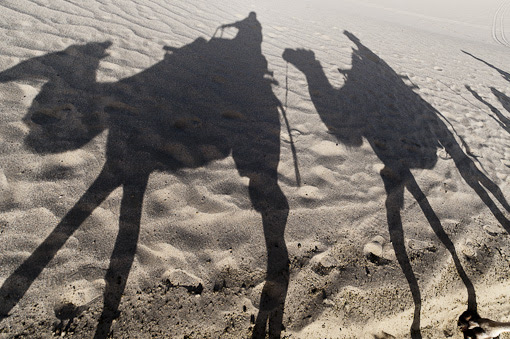 With their prosperity growing along with their world dominating economy, the Chinese are visiting the far corners of their country as tourists, and today it seemed to me that a goodly percentage of this nation of 1.3 billion had descended upon the same sand dune. What makes the scene even more fun are we were all mounted atop lumbering, grumbling camels. 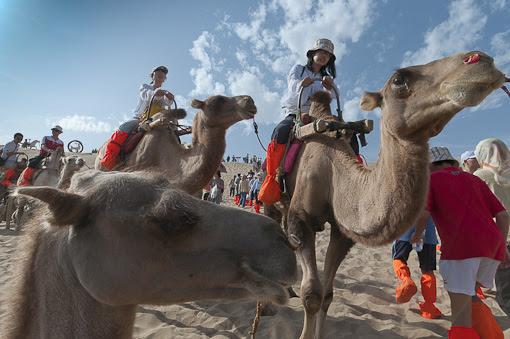 I’m visiting the Mingsha Shan Sand Dunes just outside of Dunhuang, a small oasis town in Gansu Province that once prospered as the last stop on the Silk Road. Here the ancient trade route split north and south to skirt the Taklaman Desert. I’ve read that Taklaman roughly translates to “you go in, you don’t go out”. 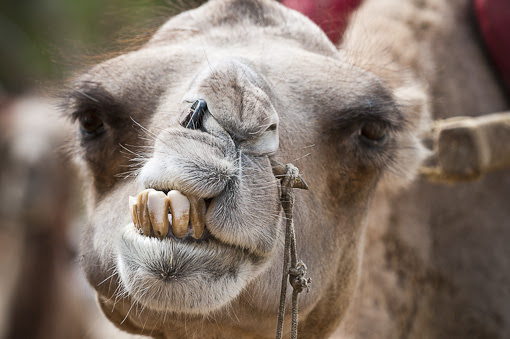 After leaving Qinghai Province yesterday, we drove west 700 km ( 350 miles ) across Gansu’s stony desert, which must be the bleakest territory I’ve ever seen. And hot, 39 degrees Centigrade, which I really don’t need to convert to Fahrenheit to know it’s crazy to be out in the noon day sun on top of a camel on top of a giant sand dune. But hey, the camels and tourists don’t seem to mind.
Posted by Tom Salyer at 9:14 AM