Explaining "Flipping The Classroom On Its Head"

Principal Doug Romanik was very excited about his school’s new educational philosophy and how they were “flipping the classroom on its head” at his 300 student Catholic high school in Miami’s Little Haiti neighborhood. The teachers were not lecturing any more, the students were empowered to learn on their own, iPads were every where, he told me on the phone.


Multimedia story explaining the One To One Learning Program was delivered in June 2014. Email,  iPhone & iPad link.


Beginning with the Fall 2013 term Archbishop Curley Notre Dame Prep had become the first, and only, school in the United States to fully implement this new program. Teachers and students were adapting pretty well, but all the changes were causing some confusion amongst the parents, school supporters and incoming students.

He wanted me to come in to discuss how a web site video could explain ACND’s pioneering program. Of course I would! 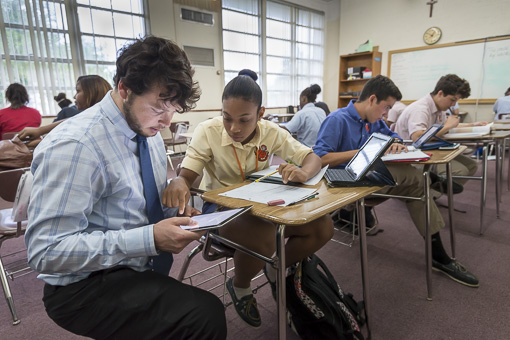 Math teacher James Harnage gives one on one time to Jennifer Lamy.


Fonton Relational Education was created in 1957 by two Spanish psychologists and had been incubated at several schools in Colombia. (Great video by IBM here.) FRE had helped adapt and implement their framework and software platforms at ACND, so I began my research on their site. I quickly bogged down trying to understand sentences such as

Fontan Relational Education is a pedagogical model that customizes learning paths for different learners at an individual unique learning rhythm based on each students’ abilities and interests.

Not having a PhD in educational theory, I was as confused as the parents, and quickly realized that my challenge was to transform the complex and abstract into a concise and emotional multimedia story about the One To One Learning Program. 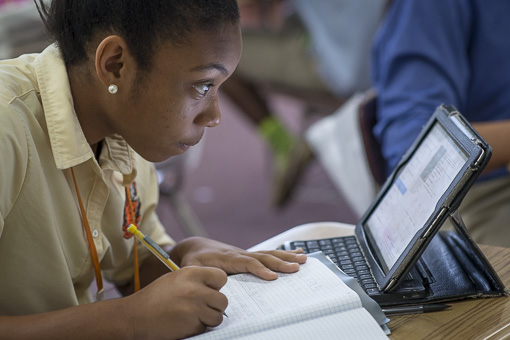 My challenge was threefold: 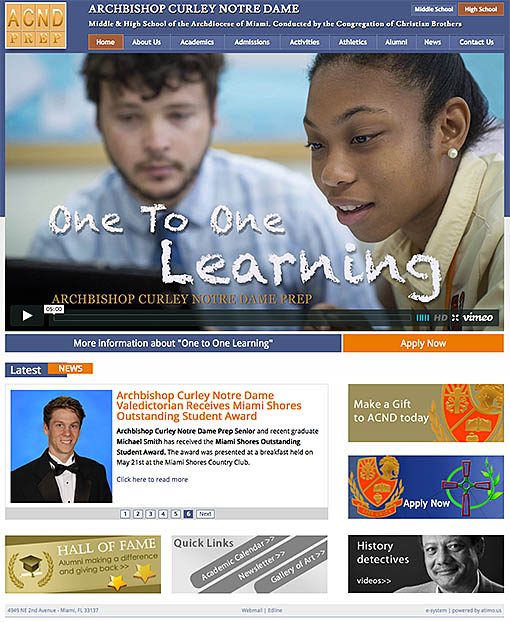 One To One Learning Program multimedia currently featured on ACND home page.

The non-visual aspects of One To One are explained by video end scroll:

At Archbishop Curley-Notre Dame High School, the One To One Learning Program is flipping the classroom on its head as teachers no longer lecture and students are responsible for mastering class material through guided independent study.

Teachers become coaches, first by laying out academic goals, then helping each student write their own Individual Learning Plan to achieve those goals, and  finally guiding the plan’s implementation throughout the term.

Working hand in hand with the school, students take control of their own learning while gaining time management skills, strong study habits and confidence.

Rather than sitting back during lectures, students discover the information on their own, and have instant one-on-one time with their teacher. As they move from teacher dependent to student autonomous, teachers are freed to tap into student’s individual learning styles, and students are encouraged to incorporate areas of personal interest.

During regularly scheduled classes students complete most of their homework, study in groups, and give presentations.  Grades are still earned, essays written and tests taken as students prepare for college.

Each student is issued an Apple iPad for 24/7 access to electronic books internet resources, and access to Qino, cloud storage for their learning plan and grades. The portal Showbie allows paperless submission of documents and homework.


Currently the ACND home page posts the version with end scroll, and is in standard definition. Version at top has no scroll and is in high definition.

Do you now understand what is meant my "flipping the classroom on its head"? Let me know if we were successful in explaining the One To One Learning Program in a concise and emotional manner ... there is room below for your comments. 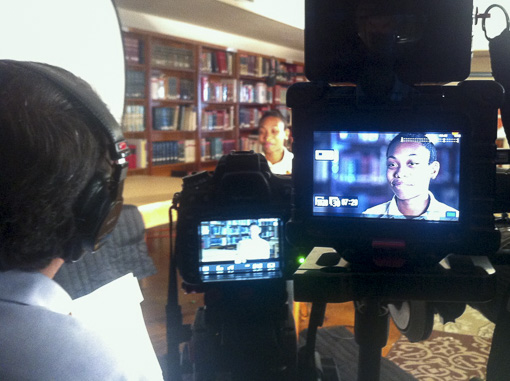 
Pascal Depuhl lit and shot the video interviews, a 70 - 200 and Canon 5D Mark II for camera 1, and Nikon D610 and 85mm for camera 2 and on a slider for video portraits. I recorded the interviews with both Tram 50 lavs and a boomed Sennheiser MKH8050 hyper cardioid, the latter I much preferred due to it’s fuller sound, and used that track only. Wild sound was recorded with concealed TR50s tucked between Jennifer and Daniel shirt buttons, with Sennheiser G3 wireless packs. Stills were shot on Nikon 610 full frame cameras, with 16 - 35 f4, 28 mm f1.8 and 85 mm f1.8 primes. Sound was synced with Plural Eyes 3.0, video edited in Premier Pro CS 6 and sound sweetened with Audition, all on a Mac, of course. 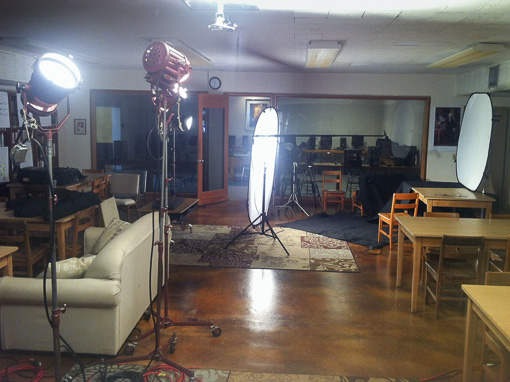