Roger’s favorite high school subject is English, taught by his favorite teacher Brother John Corcoran, who is also his cross country coach. Such relationships provide many teaching moments. But Roger’s greatest inspiration has been observing his mentor quietly overcoming adversity.

During our taped interview earlier this year discussing why he liked attending Archbishop Curley Notre Dame,  Roger described Brother Cocoran as an interesting and approachable teacher, as well as a challenging and goal-setting coach.

Over the past school year Roger and his teammates have watched their coach recover from an accident, return to walking and then to full duties at school. Roger has learned “to never say never,” an unofficial lesson. 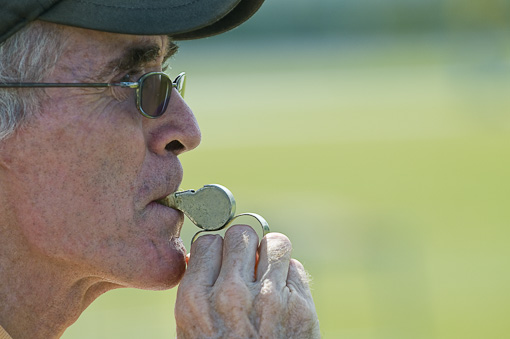 Such insights, straight from the student mouths, have been the driving force behind the six-part multimedia series ACND commissioned to focus their “There’s A School For That” campaign.  By using journalistic still photography and public-radio-style audio interviews, the small Catholic prep school on the edge of Miami’s Little Haiti neighborhood is growing enrollment and strengthening ties with its support community.

Anecdotal reports suggest these audio slide shows are succeeding in small ways:
- A mother reported her son insisted on enrolling at ACND after being impressed by their web site, where the shows are featured
-  Another new student said he chose Curley “to find my athletic potential," directly borrowing a line from one show.

This is my sixth and last post about this project. Thanks again for the help of Principal Brother Patrick Sean Moffett, CFC, his assistant Daphne Dominique, Dean of Students Douglas Romanik, and former Public Relations director Catherine Doble. 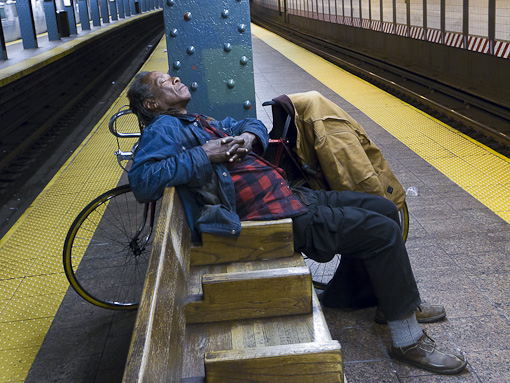 The $ 2.25 to ride the New York City subway is probably the best entertainment admission price in town, especially if you travel through the underground with your ears wide open.

Earlier this month I recorded the sounds of a classical Spanish guitarist, then a Manhattan bound train arriving, doors closing, being whisked to another station, where I’m finally left alone on an abandoned platform. Direct link to two minute clip here.

Sure you need your eyes to read the stories on your fellow traveler’s faces, spot the rat running down the rails, be amused by the zombie Halloween costumes. But listening to the sounds surrounding you will make the trip much richer.

Conversations in Polish, Spanish, Chinese and where in the world are they from ? Music from violins, flutes, drummed upon plastic buckets. Humming air conditioning, whooshing air brakes, ear shattering screeching. Foot steps, the train fading down the tunnel, now it’s quiet.

During my assignments and travels I've been recording the sounds I overhear, and many don't have supporting photographs or stories. This occasional series will be my excuse to share my audio orphans, these Sounds Overheard.
Posted by Tom Salyer at 8:49 PM 1 comment: